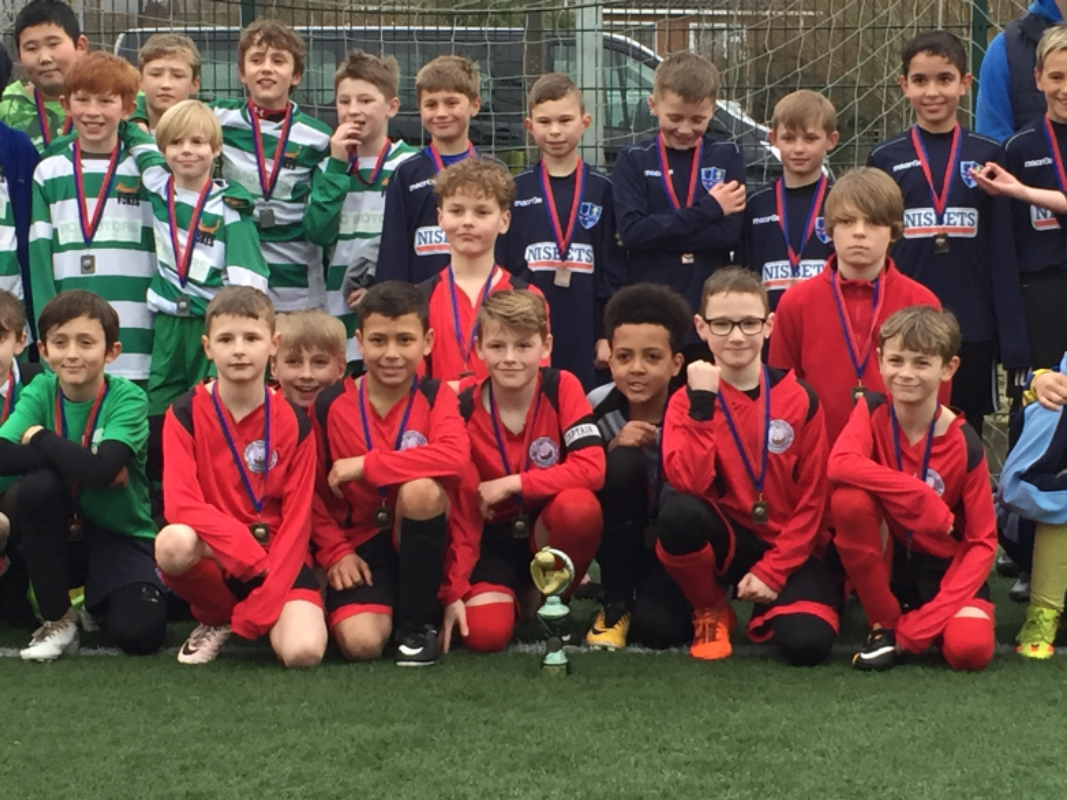 The Year 5/6 football team have enjoyed some great success already this year with many more games yet to play.  They have just recently won the St Bede’s championship title in which they played against 8 other schools over several months.  In all games they were undefeated and  managed to rack up an impressive goal difference.

All of the players received a medal and the team a title trophy.

Up next for the team is the school league. They are currently sitting second, 5 points behind St Bonaventures, whom the team are playing away this Friday! Watch this space for an update.

Well done to all the children involved. 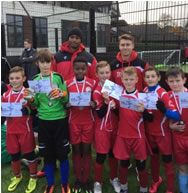 This week the year 5 and 6 team played in the EFL Bristol City kid’s cup at South Bristol Sports centre.  They were one of 15 other schools that had entered, who were all playing for the chance to represent Bristol City football club in the Southern reginal finals and possibly the final at Wembley Stadium.  The boys did amazing and managed to reach the final against Henleaze.  Unfortunately we lost 2-1, however the boys still will have the opportunity to attend Bristol City’s football match next week against Ipswich Town and be part of a half time presentation on the pitch.  They will also get to play a short game of football against Henleaze again after the match has finished. This is an amazing achievement for the boys and the school as we were up against some the biggest primary schools in Bristol.  They even got to meet some of the Bristol City first team players. Well done to: Jonathan, Josh, Riley, Daniel, Callum, Jayden, Luca and Aaron.